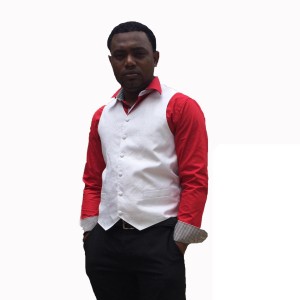 I read a story of a duck and a boy by the name of Johnny who was shooting rocks with a slingshot. He could never hit his target. As he returned to Grandma’s backyard, he spied her pet duck. On impulse he took aim and let fly. The stone hit, and the duck was dead. The boy panicked and hid the bird in the woodpile, only to look up and see his sister Sally watching but she said nothing.

After lunch the next day Grandma said, “Sally, let’s wash the dishes.” But Sally said, “Grandma, Johnny told me he wanted to help in the kitchen.Then she whispered to him, “Remember the duck?” So Johnny did the dishes.

Later that day, Grandpa asked if the children wanted to go fishing and Grandma said, “I’m sorry but I need Sally to help make supper.” Sally just smiled and said,” Well that’s all right because Johnny told me he wanted to help.” She whispered again, “Remember the duck?” So Sally went fishing and Johnny stayed to help.!

After several days of Johnny doing both his chores and Sally’s… he finally couldn’t stand it any longer.

He came to Grandma and confessed that he had killed the duck. Grandma knelt down, gave him a hug, and said, “Sweetheart, I know. You see, I was standing at the window and I saw the whole thing, but because I love you, I forgave you. I was just wondering how long you would let Sally make a slave of you.”

The Christian life is a life of WARFARE. We are called to be good soldiers of the Lord Jesus Christ and “to war a good warfare.”

The reason why the Christian life is a warfare is that we have a terrible enemy who seeks to destroy us. That enemy is Satan. The Bible warns us,

“Be sober, be vigilant; because your adversary the devil, as a roaring lion, walks about, seeking whom he may devour.” 1 Peter 5:8

The Lord Jesus Christ came into the world to destroy the works of the devil. The Bible says,

“For this purpose the Son of God was manifested, that He might destroy the works of the devil.” 1 John 3:8

Those who choose Jesus Christ as their Lord are delivered from the power of Satan. The Bible says,

“Giving thanks unto the Father…who has delivered us from the power of darkness, and brought us into the kingdom of His dear Son.” Colossians 1:12-13

God has given us “the blood of the Lamb” as our defense against Satan’s accusations. He has also given us a weapon to use against Satan himself. That weapon is “the word of our testimony.” This means that we can declare to Satan the great facts of Christ’s victory over him.

We can say to Satan, “You are defeated! Jesus Christ is Lord! Jesus is Victor! Jesus is King! I am one with Him!”